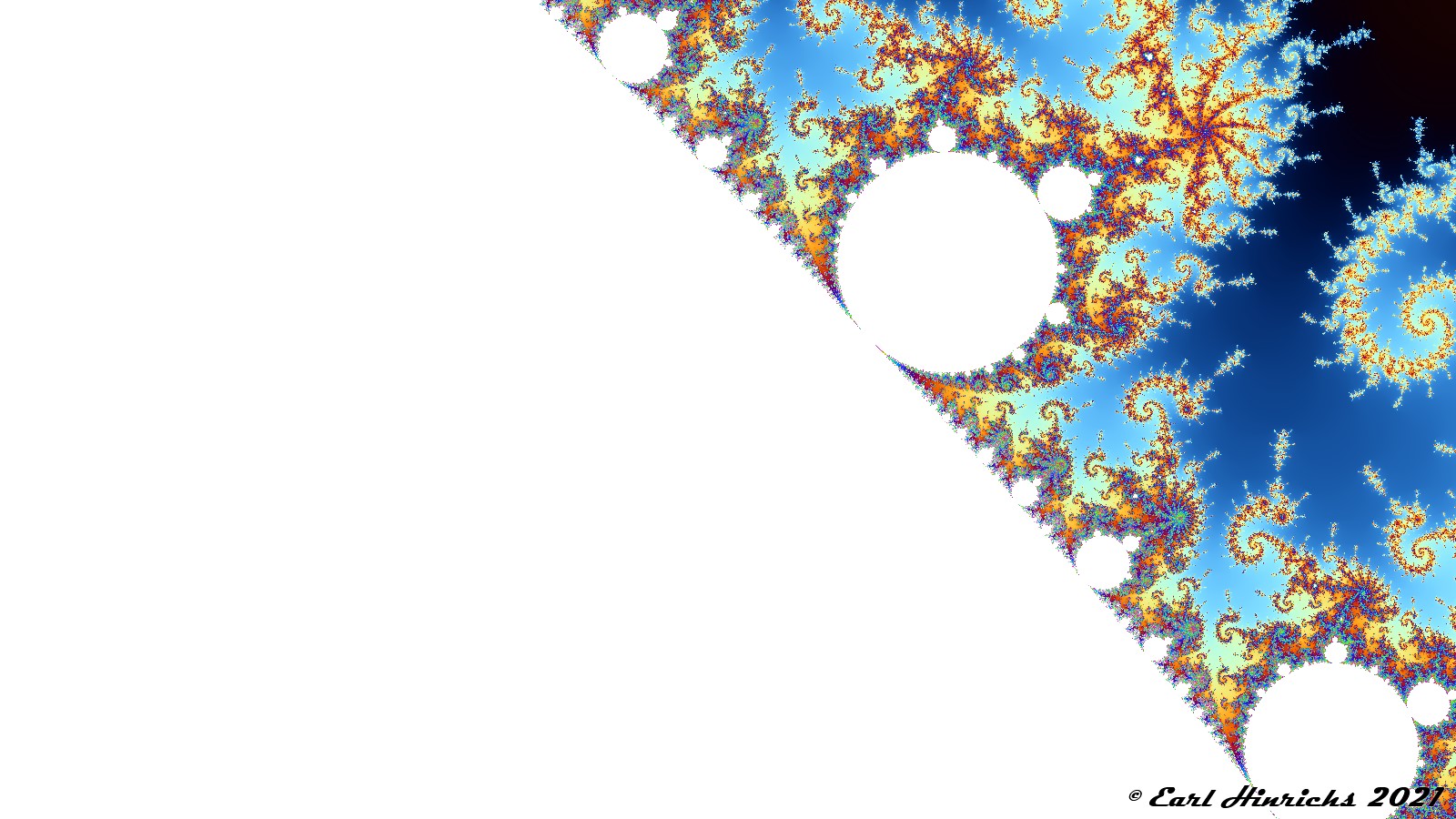 There is much I have been sweeping under the rug, it is time to come clean. However, I want to keep it somewhat informal, it is a difficult balance to maintain.

We are looking at the two step function which is actually a quartic (degree 4) polynomial. I did not formally define the two step function for Part II of this series. You can go back to the first post of Part I, Sequence Fractals Part I #1 and change “1” to “a” at appropriate places if you need it. (Or just ask in the comments.)

We are looking at parameter space pictures. Each pixel represents a different function, fc. The pixel color is a piece of information about that function. It is easy to just take the parameter value, plug it into a program loop that cranks out a color and just call the whole process “paint by numbers”, and then ignore the rest.

All functions, except for a few extremely boring functions, have fixed points, cycles, and preperiodic (Mm,n) points. Lots of them! Each function fc, that is each pixel, has lots of C and M points. The short lists I have been providing are the parameter value c where the critical point of the function fc is also a C or M value for that function. Adding the critical point requirement makes the C and M list much shorter.

(today, a=-0.718). 0 is a critical point for all functions fc, the other two depend on the function parameter c, and move around. There is no single “the” critical point. When I say “the critical point”, you should say “which one?”. The picture and all the C and M points depend on which critical point is selected. Up until now, 0 has been the chosen critical point. As a side note, each function in the ubiquitous quadratic family of z2+c, truly has a single critical point and it is always 0. So none of these complications show up in discussions for the Mandelbrot set.

This site uses Akismet to reduce spam. Learn how your comment data is processed.